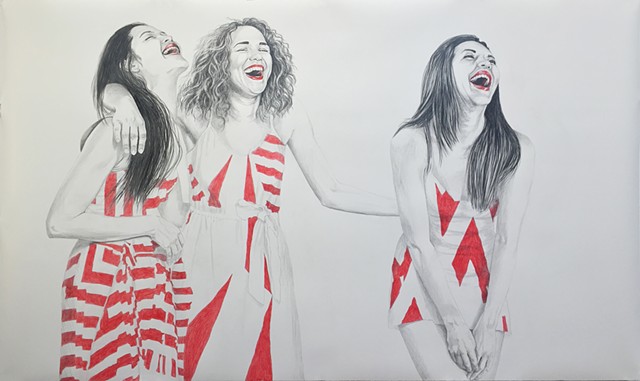 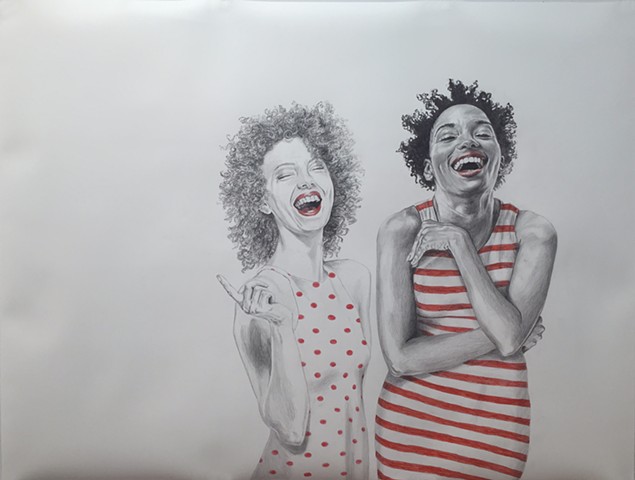 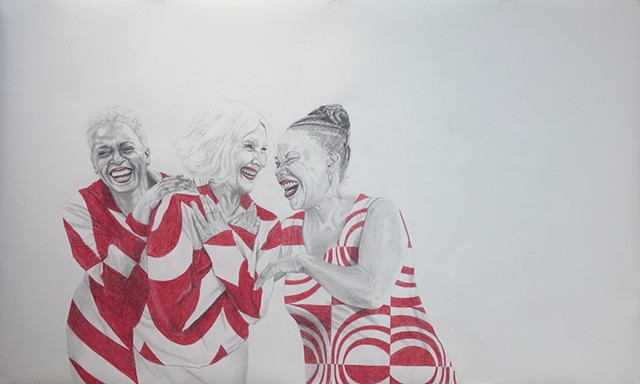 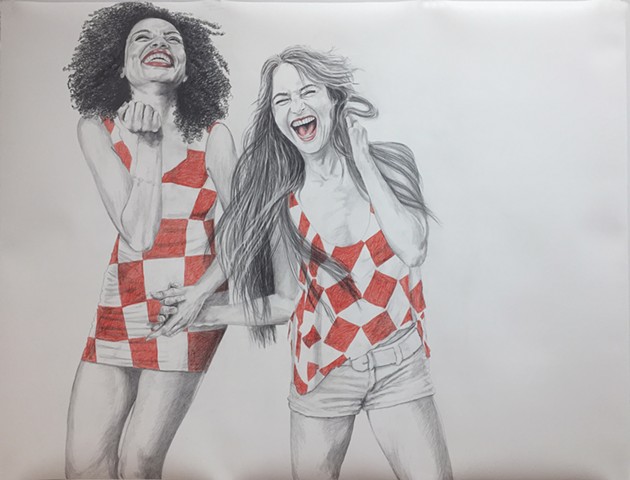 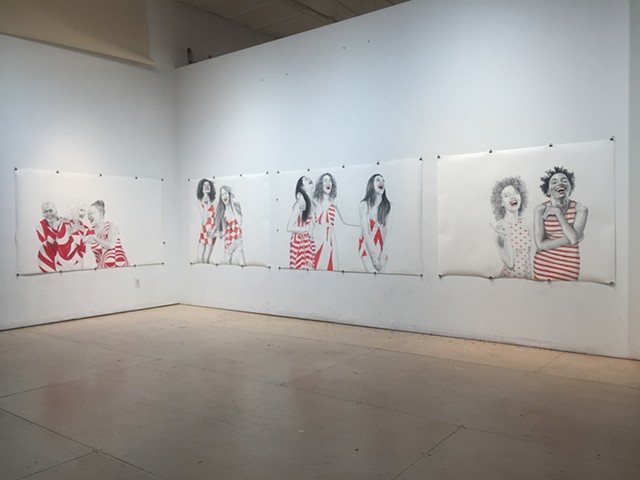 “Conspirators” are large scale drawings of groups of women laughing together with their heads thrown back and teeth showing. Margaret Atwood has said that what women fear most is being killed by a man and what men fear most is being laughed at by a woman. Laughter is potent and women’s laughter is often seen as disturbing to some ( “cackling witches, caterwauling, shrieking, yowling and screeching “) and so it has a subversiveness, questioning the hypocrisy of dominant norms. The vivid patterning in the costumes of the Conspirators series livens up the sense of hilarity, and the depiction of their mouths as the only colored part of their body amplifies their loud and joyful noise. “Conspirators” celebrates women’s supportive friendships and formidable collective energy. In these dark times, joy and laughter is a strong antidote.

For me, drawing with its distinct interconnection between seeing and hand, is a way to put a focused lens on humanity and become more intimate with all of its marvelous diversity. I create my figures by reimagining and carefully collaging together fragments of images and elements of various bodies, faces, gestures, hairstyles and expressions appropriated from fashion advertisements, social media, and studio modeling into a seamless whole. My intention is to create a believable individual that is at once personally relatable to the viewer and yet also an every woman, universal and iconic. These are not portraits of specific individuals but a testament to the power of women and a call for the end of silence.